MANAGE AND PREPARE FOR THE FUTURE

IT IS TIME FOR A RENOVATION!

The time for a renovation and reparation of our main church hall is now, because of what God is doing and will do among us. We believe that God will give us an opportunity through our renovation to step out into a new level of generosity and overflow. What if this period of gathering offerings did something to us as a people, and not only gave us a beautiful main hall but also gave us overabundant hearts.
Join us on this journey! All kinds of gifts and offerings, big or small, makes a difference when we all stand in this together.

You can contribute with an offering through our…

You can also contribute through a monthly giving. We encourage you to stand with us by giving a specific amount every month during a period of 2,5 years. For example, if we are 700 that gives 500 kr per month in 2,5 years we gather about 10 million SEK. Not everyone can do that, some can give less and some more. You can also give for a shorter period of time. The choice is yours.

Please click the button below to fill out the form for monthly giving.

Would you like to contribute through your company? Please fill out the form and we will contact you with more information.

Dear congregation and all friends in our community, leaders, and board members, here we will together give a joint proposition for the update of our amazing church hall.

Vision and why – Managing the present and preparing for the future.

The vision we carry is that as a congregation be in God’s movement that transforms the city, the nation, and the world. A movement that concerns people, that invites and spreads the Kingdom of God on earth.

Since City Church bought the ’Fenix Palace’ (Fenixpalatset) in 1940, we have had the opportunity to be a house of revival and spiritual events for our city and our nation. Every event has been preceded by pioneers that have worked, prayed, and given. They have prepared the house to be “a house of prayer for all people”. Again, we stand before a spiritual event and we that are carrying this house together, have the opportunity to both take care of that which God has given us, and make room for “the coming glory”.

Therefore, now is the time to build on The House of the Lord.

The need – We can all probably state that our church hall needs a significant renovation.

       Worn-out and out-of-date surfaces. These were last updated at the end of the 1980s (to be confirmed). The state of the carpet is bad. The church seats are partly well worn. The parquet floor cannot be sanded again. The green and pink colours do not fit.

       Substandard heat and ventilation was last updated in the 1970s. We do not have the ability to regulate the heat in the summer and the cold in the winter. The comfort is, to say the least bothersome, and entirely conditional depending on the time of year. The heat- and ventilation units are old and the heating is not sufficient.

       Electricity and technology: The electricity is estimated to be from the 1950s or 1960s and then an added layer by layer upon each other. All of this needs to be torn down and rebuilt with modern standards so that it can regain quality and safety. The lighting and sound system have not been updated since the ’90s. Therefore, the lighting, sound system, and the screen system is lagging behind in capability.

The process –at least two years of conversations and dialogues.

We have spent a lot of time asking ourselves how to best update our gold-rimmed church hall?

We have brought up this question during meetings in the congregation (last meeting 28/4/19) during the last two years. We have both presented the architect’s proposition and actions for the electricity, ventilation, lighting and sound system. Before the summer of 2019 we had a congregation-forum for those who were interested and had opinions on the subject. The response from the congregation has been very positive.

Below you can read more about the project and also see pictures.

READ MORE (WILL BE AVAILABLE IN ENGLISH SOON) 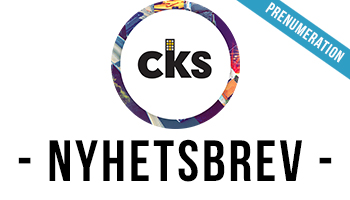